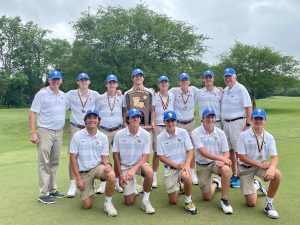 The game of golf has been very successful at Saint Paul’s School. In 2013, our team has won the District, Regional and State Titles. Our season begins in February and extends to the end of April and we practice several times a week at Tchefuncta Country Club Golf Course. We participate in seven regular matches with District, Regional, and State tournaments following.