After graduating  from the LSU School of Allied Health, he spent sixteen years in private practice outpatient physical therapy in the Covington area. In order to pursue a childhood dream, and follow in the footsteps of his father, a coach and educator, Al initially returned to Saint Paul’s as an Algebra and Spanish teacher. He was soon named the head coach of the track team where he guided the Wolves to their first District Championship since moving into the 5A classification, and he currently remains in that capacity while serving  as the full time Alumni Director of Saint Paul’s School.

He and his wife Kellee have four children, two of which currently attend St. Paul’s, and they live in Covington.  Brother Raymond Bulliard, FSC, President of Saint Paul’s,  states,” Al, Valedictorian of SPS class of 1991, distinguished high school athlete and faculty member, holds a passion for Saint Paul’s matched by few. That he returned to pursue a career at Saint Paul’s speaks volumes about his dedication to the school.” aln@stpauls.com 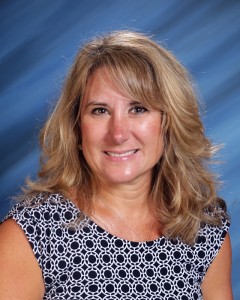 Mimi Monteiro – Mimi officially became a part of Saint Paul’s staff in 2015, but her heart was here long before that.  Since graduating from LSU with a degree in molecular biology and pursuing an interest for research and science, an even greater passion for her family, faith, and community re-directed her to becoming a volunteer extraordinaire in the Mandeville/Covington community in order to be spend time with her two sons, Beau ’17 and Deuce ’20.

Her family is so passionate about Saint Paul’s School that they returned home to south Louisiana from Denver so the boys could attend.  Having worked in the school district in Colorado, Mimi realizes the importance of  giving 110% to make sure the school has every resource possible for a quality education for all, including her enthusiasm for Development.  “It is a blessing to be part of such a God-loving community and watch these young men become our Lasallian leaders of tomorrow.” m.monteiro@stpauls.com